Enter your City name or Pincode

Achabal  is a small town located in Anantnag district of Jammu & Kashmir. It is located at a distance of 65 kms from Srinagar and around 8 kms from Anantnag. Achabal has imprinted its name on the tourism map of Jammu and Kashmir, thanks to the Achabal garden built by the Mughal. This garden is one of the best Mughal gardens we have in the Indian subcontinent. The beauteous place is alluring and stunning and whoever comes here, falls in love with this place. 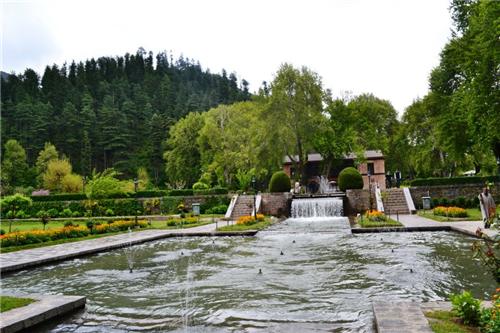 Achabal has longitude of 33.68°N and latitude of 75.23°E with an average elevation of 1936 meters. The people belonging to Achabal are mostly Sunni Muslims. Achabal also has a spring appearing which has been beautified by the Achabal garden. This spring seems to originate from Breng river which vanishes in Dewalgam. Achabal has good weather throughout the year except December and January when its extremely cold with temperatures dipping in minus.month in Achabal. The best time to visit this place is from May to November. However you can expect little showers in this region any time round the year.

Since the 15th Century, Achabal being a part of Kashmir, was ruled by the Mughals. During the end of 15th century, Mirza Muhammad Haidar Dughlat who was a military general ruled over Kashmir. He was ruling  on behalf of Kashgar's Sultan Said Khan followed by Mughal Emperor Humayan. Sultan Ghiyas-ud-Din Zain-ul-Abidin, one of the greatest Mughal king had also rled Kashmir of which Achabal was a part. He ruled for about 40 years and was popular as he used to promote peace and harmony in Kashmir’s society.  Achabal is said to have been ruled by Mughal Emperors like Jahangir, Akbar,Sultan Said Khan of Kashgar, Dara Shikoh, Mughal Empress Noor Jahan.

Achabal in Anantnag is a beautiful place in Kashmir and is one of the must visit places of the state. Achabal garden is the reason you should not miss on seeing this place. It is the best Mughal garden in India and was once upon a time a pleasure retreat for Mughal Empress Noor Jahan. It is located just 8kms away from Anantnag. Achabal is one masterpiece created by Mughals to perfection. 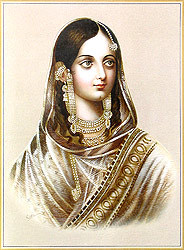 Achabal garden is built around an ancient spring which is beautified by the Mughal by building a terrace garden around it. It is believed that the source of this spring is the Breng river which vanishes at Dewalgam in the fissures of the limestone. This garden was built according to the taste and pleasure of Mughal Empress Noor Jahan. The charisma of this empress is reflected in the way she built this garden.  So much is the allure of the garden, that it will simply mesmerize you.

In 1620 A.D, Malika Noor Jehan Begum developed the upper portion of the garden also known as `Bag-e-Begum Abad`. Later it became famed as Sahib Abad. The upper portion is where the powerful spring is and it enters the garden as a waterfall. The Achabal gaden is covered with dense forest at its hill. Throughout the year, water keeps spouting from this spring. 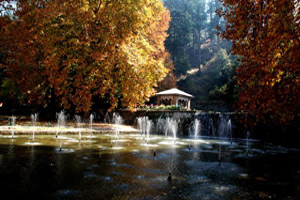 Dara Shikoh, a Mughal prince built a mosque in the garden a little later. A trout farm for seed fish is also located nearby. The sprawling Chinar trees embellishes this garden's beauty. Conventional elegance, Ornamental shrubs and Stepped terraces are the added features which leaves you mesmerized and attracts thousands of tourists from all over the world every year. This garden is built  in Persian style of gardening, one of the most favored styles of the Mughal era. The sight of this garden will fill your eyes with myriad of colours of the blooming flowers and the exquisitely designed fountains with water flowing out will charm you. It's a different sight altogether of this garden during autumns as Chinar trees turn red making the place look even more beautiful.

Achabal mainly serves the standard Kashmiri cuisine. There are many food stalls outside the Achabal garden where you can enjoy the roadside food. There are very few restaurants in Achabal, the address and contact of which is given below

There is only one bank in Achabal, the address of which is given below

Achabal near Anantnag can be reached by the following modes

Srinagar Airport (SXR) is the closest airport to Achabal which is located at a distance of about 67 kms. It takes about 2 hours to reach Achabal by road due to the mountainous terrain .You can also hire a Pre-paid taxi or a shared taxi at the Srinagar airport. These Taxis charge you around Rs. 1000 to Rs. 1500 depending on the season. There is also facility of State-run buses near the airport.

Jammu Tawi Railway Station is the closest railhead to Achabal located at a distance of about 250 kms. Jammu is a major railway station in Kashmnir which is connected to many cities of the country on broad gauge. You can hire taxi or take state run buses to reach Achabal.

Due to its well established connection by National Highways 1A and 1B, State-run tourism buses and private buses make you reach Achabal and there are frequent buses from Jammu, Srinagar, Kishtwar, Anantnag and Udhampur every day.

A place close to heaven in Kashmir, Achabal will fill your heat with purity and soul. Away from the clatter and clamor of city life, visit to Achabal will refresh your mind and bring you at peace.

Are you a Business Owner?

Add the products or services you offer